Hoppa till innehåll
Hem » The Salvage of the steamer Södra Sverige

We have chosen to print the English version to reach a larger audience even outside the country’s borders. The association’s sales price will be within Sweden SEK 259 including postage, worldwide SEK 300 including postage. You can order the book by registering your interest by email – info@sdhf.se

The steamer Södra Sverige began its journey towards Gothenburg on September 24, 1895, at 16.40. The departure was scheduled for 2 pm but was delayed due to difficulties with loading as a lot of goods were left at the last minute. At 7.30 pm, the steamer had passed Kanholmsfjärden, within the Stockholm archipelago, without any mishaps. Captain H Bodman stood on the bridge. After a change of course at the height of the Franska Stenarna, the ship hit the ground at full speed, about 12 knots. When bearing, it turned out to be deep water around the steamer except at the stern where the depth was measured at 1.8 meters. The ship’s propeller was visible above the water surface. Shortly afterward, Södra Sverige slipped off the ground, drifted with the currents, and began to sink after capsizing. The passengers were rescued by the pilot steamer Stockholm who has come to the rescue. Divers from the salvage steamer Belos made dives at the sinking site the day after the grounding and found traces of Södra Sverige’s bottom coat on the rocks and also parts of the prow. On November 16, the steamer was located at a depth of 57 meters. In the book, we get a detailed description of the salvage of Södra Sverige with the help of the Waller tube. ”The tube turned out to be spacious enough to let a not too voluminous person pass through it. We sank more and more, scraping our feet against the walls of the damp pipe to avoid turning around. It started to light up under the elevator. Soon a pair of hands felt gripping our feet. It was engineer Waller who received his guest in this unusual way. The limited company Octopus was formed on August 17, 1896, to carry out the rescue of the steamer. On May 3, 1897, after diligent work, the chimney of Södra Sverige could once again be seen above the water surface. On May 27, the ship was sealed and the salvage operation was completed. Södra Sverige was now towed to Stockholm to be shown to the king, Oscar II, and other prominent people. 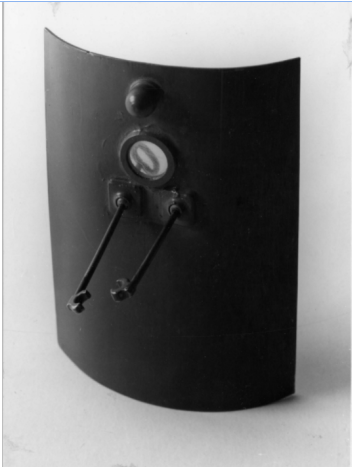