(A good source for the creation of this chronology has been SPUMS Journal Volume 29 No.2 June 1999. Spums Archive

If you have the right to any of the images used to illustrate the material, please contact us via our contact form , and we’ll give you credit for the image, or delete it if you wish.)

The Swedish helmet manufacturer Sjöteknik from Nynäsham developed the MO-1 helmet for the Swedish Navy. Designer was Mats Odenstig. Only two helmets were sold outside the Navy.

The helmet is used in combination with an AGA demand regulator. The helmet is not attached to the suit with a chest plate. Instead, it has an adjustable headband on the inside that is controlled by a steering wheel on the back of the helmet. The helmet is equipped with hearing protection (Peltor) with built-in speakers. The helmet is no longer manufactured 129 .

An experimental dive in a chamber at the company COMEX in 1992 reached 701 m. The dive was part of a series of experiments to investigate the effects of extremely high pressures on humans. By using a mixture, ”hydrelium” consisting of half helium and half hydrogen (hydrogen) with a small about 1% oxygen (O), the subjects could be offered a gas that was more easily breathable than pure heliox mixtures at that depth. Unfortunately, hydrogen is so sedative that you could not use higher concentrations than was used and the fact that only one of the three test divers who could go to record depths indicates that the effect of narcotics was great.

This experimental dive is still today 2020, the deepest that has been carried out. The reasons behind the fact that ”record breaking” in deep chamber diving has ceased have several causes.

– ROV technology has improved so much that you do not have to expose divers to the risks involved in working at great depths.

– Hydra 10 showed that it was approaching the limit of what humans can handle in terms of respiration and physical performance under high pressures, even if they used optimal gas mixtures that posed major technical challenges, including the risk of explosion due to leaking hydrogen 130 . 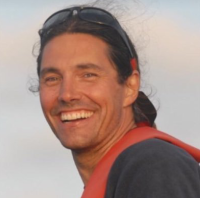 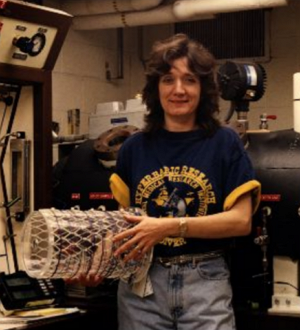 In a series of experiments at the Naval Medical Research Center in Bethesda, USA, in the 1990s, Fahlman and Susan R Kayar tested the possibility of using biochemical decompression using bacteria that can convert molecular hydrogen H 2 to methane CH 4 . The experiments were performed on guinea pigs and they succeeded in showing that the principle worked. The idea was that by converting hydrogen dissolved in the tissues to methane, which has greater solubility, the supersaturation of inert gas could be reduced so quickly that it would be possible to make a direct ascent after a longer dive without risking bubble formation. As with many other exciting diving projects, interest in diving research diminished as ROVs were able to do much of the divers’ work and Fahlman switched to studying marine mammals, while Susan R Kayar ended her career as a researcher and started writing novels instead, usually with a dive or underwater theme 131, 132 .

Doctor of Philosophy. She was for a long time the scientific director of the National Oceanic and Atmospheric Administration, NOAA and has been a researcher for the National Geographic Society (NGS) since 1995. [ In addition, she has her own research company Mission Blue, Sylvia Earle.

Earle was the leader of more than a hundred expeditions and was more than 7,000 hours below the water surface. With a self-designed diving suit, she reached a depth of 381 meters near Oahu, (Hawaii) in 1979, which is a record for a female diver. Together with his husband Graham Hawkes, Earle built the Deep Rover submarine in 1982 for one person who can dive to 1000 meters below the water surface. Earle used the craft herself in the area around the Bahamas 133 .

Today, others, such as Australian Madison Stewart – or ”Shark Girl Madison” as she is known on Instagram – follow in Taylor’s footsteps to raise awareness of the risks to marine life and the need for a sustainable sea.

Today, others, such as Australian Madison Stewart – or ”Shark Girl Madison” as she is known on Instagram – follow in Taylor’s footsteps to raise awareness of the risks to marine life and the need for a sustainable sea.

She grew up on a yacht on the Gold Coast and took a diving certificate at the age of 12. In 2014, she started with underwater photography, which turned into a passion for saving the oceans. In 2017, she was awarded Australian Geographic’s Young Conservationist of the Year.

At 26 years old, Stewart has gathered thousands of followers on social media by posting pictures showing her swimming with huge sharks. With the social influence, Stewart started a project in East Lombok, Indonesia, to encourage a local fishing community to go from catching sharks to preserving them as a tourist attraction. ”Project Hiu (” Hiu ”means shark in Indonesian) instead uses shark fishing boats for tourism, which allows fishermen to earn more money to support their families and keep the sharks in the sea. Tourists who visit East Lombok also surf, scuba dive, go hiking and visits the local village, which gives more money to the local economy, she explains ” 134 .

2008 The snorkeling trail in Kollevik

A snorkeling trail is a marine nature trail where the freediver can follow a loop often over shallow bottoms. At the bottom there are stations with signs that tell about just that type of bottom and what marine life you can see there. Sweden’s first snorkeling trail was the one in Kollevik, Karlshamn. The trail is about 500 meters long. Today there are about ten snorkeling trails in Sweden 135.

Born and raised in Taif, Saudi Arabia, Nouf Alosaimi traveled to Manchester, England, to complete her undergraduate degree in Tourism Management. She felt homesick in 2008, she missed the sunshine and the deserts, so she decided to take a break and go to Sharm El Sheikh to ”recharge her batteries”, where she signed up for a PADI diving course – it was the first time she experienced the beauty and the wonders of the underwater world and she fell in love with diving. In 2009, Alosaimi traveled back to Sharm El Sheikh and completed her PADI Open Water Diver and PADI Advanced Open Water Diver certifications, shortly followed by the PADI Rescue Diver course in 2010. A year later, she completed her PADI Divemaster course in Jeddah, Saudi Arabia. She then decided to make diving a full-time job and traveled back to Sharm El Sheikh, where she spent three years as an underwater photographer and dive guide for tourists. She became a proud PADI instructor in 2013 and has been training other diving enthusiasts ever since.

– Spreads awareness about sharks and marine life by speaking at public events and in TV interviews.

United States Navy Experimental Diving Unit, NEDU; started operations in 1927 and is the institution where all diving material for the US Navy is tested before it is approved for use. Research is also conducted here in various diving-related areas. The 121 specialists employed at NEDU have a total diving experience of more than 1000 years. Among these specialists in various areas, we find, among others, the Swede Dan Warkander who specializes in cooling effects and increased breathing resistance when diving.

One of the later tests at NEDU was published in 2018 and concerned decompression stops during long and deep dives with different mixed gases. The test showed that deep decompression stops were more dangerous than shallow ones. However, the test results have been met with opposition from several diving organizations for technical divers. 137, 138 .